But what will happen with the Forex industry in a country where the regulator is turned against it, and due to this, applies numerous prohibitions and restrictions – referring to the good intentions to protect traders’ rights? Takeprofit Technology’s team located in Russia conducted a brief research study on what is going on with Forex regulation in Russia. The situation in Russia, where recently a new law was adopted by the government, is that since the beginning of 2016 Forex brokers aren’t officially allowed to work without a Central Bank license. What’s actually happening is a very clear example of the negative influence of the regulator.

So why does the Central Bank resort to drastic preventive actions in order to improve the regulation of the Forex industry?

A large number of brokerages which had been established in Russia used to have Russian traders as their clients. Forex trading has grown in popularity in Russia over the past few years, driven in part by a feature of Russian mentality — the venturesomeness, which overcomes people’s resistance to stop depositing their money unless they become completely broke.

Russian traders, like the traders from any other country and nationality, see the prospect of earning easy money in Forex trading. They tend not to let that prospect of easy money slip through their fingers. Lots of them might even become obsessive, which seemed to be a good reason for dozens of newly established brokerage companies to try to manipulate the masses for the sole reason of ripping them off. Some of these brokers have gone even further than the others – they didn’t just make the trading conditions worse, they didn’t let traders withdraw money from their accounts. Such brokers, using the loopholes in regulation, deceived their customers and thereby considerably damaged the attitude of legislatures to all the FX brokerages operating on Russian territory.

The Ministry of Finance and the Central Bank’s attitude toward FX brokers started turning negative around 2012, when the number of newly established brokerages started to significantly grow. Essentially, experts from the Ministry of Finance always related to the Forex industry the same way they did to the gambling industry. Apparently, they’ve been quite disturbed by the continued rise of the FX industry in the country, and their legislative inability of supervising and controlling it.

According to the Central Bank’s Vice Chairman Sergey Shvetsov, “CB will not assist the growth and expansion of the FX market and its distribution among the masses. Forex is a casino, it fulfills people’s desire for gambling, but not for asset investment. Using these kind of products without financial discipline can cause trouble”.

As represented at one of the local SRO’s web forum, KROUFR, there have been many recent complaints from traders. But because of the loopholes in regulation, nobody could do anything about it. There was no legal ground to get those traders’ money back. Such brokerages could not be punished for fraud because their activity wasn’t regulated, and nobody was able to prove the fact that fraud occurred.

Eventually, as a result of the long term activity of unscrupulous brokers, the Ministry of Finance along with the Central Bank insisted that the legislatures adopt a new version of the law. This updated law has given the Central Bank the authority and power to control the FX market, making it the only and general supervisor of this industry with CRFIN’s assistance.

Considering the regulator’s negative attitude to Forex, this power is enough to choke the FX industry off if it deems it necessary.

So, since the 1st of January 2016, the new version of the “On the Securities Market” (“О рынке ценных бумаг”) law had been in force. According to this law, all the brokerages registered in Russia have to apply to the self regulatory organization CRFIN (Centre for Regulation in OTC Financial Instruments and Technologies) and obtain a Central Bank license. The new requirements which brokers have to deal with have been tightened so much, that only the biggest of them were capable to keep operating on a legal basis.

Let’s just put up the restriction applied to the amount of leverage. According to the law, brokers are not allowed to provide leverage to customers more than 50:1. And this restriction is only the tip of the iceberg. The set of documents required for licensing consists of about 40 different surveys, references, conclusions and the business plan for next two years. By comparison, the set of documents required for obtaining the CySEC Cypriot license is roughly half as much. In addition, the applicant company must meet certain additional Central Bank requirements. Forex brokerages have to deposit 2 mln rubles (about USD $27,000 at the time of writing this article) into the compensation fund of the self regulatory organization CRFIN.

This fund is formed in case of company bankruptcy. Also, brokerages have to increase the company charter capital and make it as much as 100 mln rubles (about USD $1.36 mln). But due to the fact that the law is related only to the companies which are registered on Russian territory, companies registered elsewhere do have legal permission to work. Brokers are also prohibited from advertising their services, until they create a Russian legal entity and join the CRFIN.

At the time of this article’s writing, the activity of FX brokerages in the Russian Federation is outside of the official legal field (with the exception of Finam Forex which was the only brokerage to obtain the license so far). Only a few of the biggest local brokerages from the overall number (about 88) have actually applied for the license. So far, some of the rest of brokerages had closed, while other companies continue to work with Russian traders through foreign entities. For example, AlfaBank opens Forex accounts for their new traders through their subsidiary located in Cyprus, Alfa Capital Holdings which operates under the brand Alfa Forex. The market leader – Alpari – serves customers through Alpari Ltd (St Vincent and the Grenadines).

Thereby, there are effectively no prohibitions or restrictions in this law related to Russian traders. Brokers are still allowed to conduct operations based in foreign locations, and the FX market is not an exception here. The problem is, that because Russian traders have been deceived very often, as a group they’d rather trust a brokerage company which has the Central Bank license. They know that if they start trading there, their rights will always be protected by the law. They didn’t have that kind of “protection” back then when the FX industry was not regulated. This protection avoids traders from getting fooled by brokers worsening the trading conditions, or getting robbed outright by brokers not letting them withdraw the earnings they have made.

From now on working with Russian traders is a matter of choice, which a broker has to make. If you consider that it’s worth working with Russian traders without a license, you’re best to find a way to make them feel the value of being “protected” and of being able to make real profits which they can actually withdraw. In addition to excellent customer support and the quality of services you provide, of course.

To make your company appealing to Russian traders, find a way to attract them without resorting to just advertisements. Another option is to spend time, effort and money to eventually enter the SRO, then obtain the Central Bank’s license. Why not, if you find Russia an attractive market.

Read more:
Alternative to oneZero Hub
How to Build a Trust on a Broker’s Website 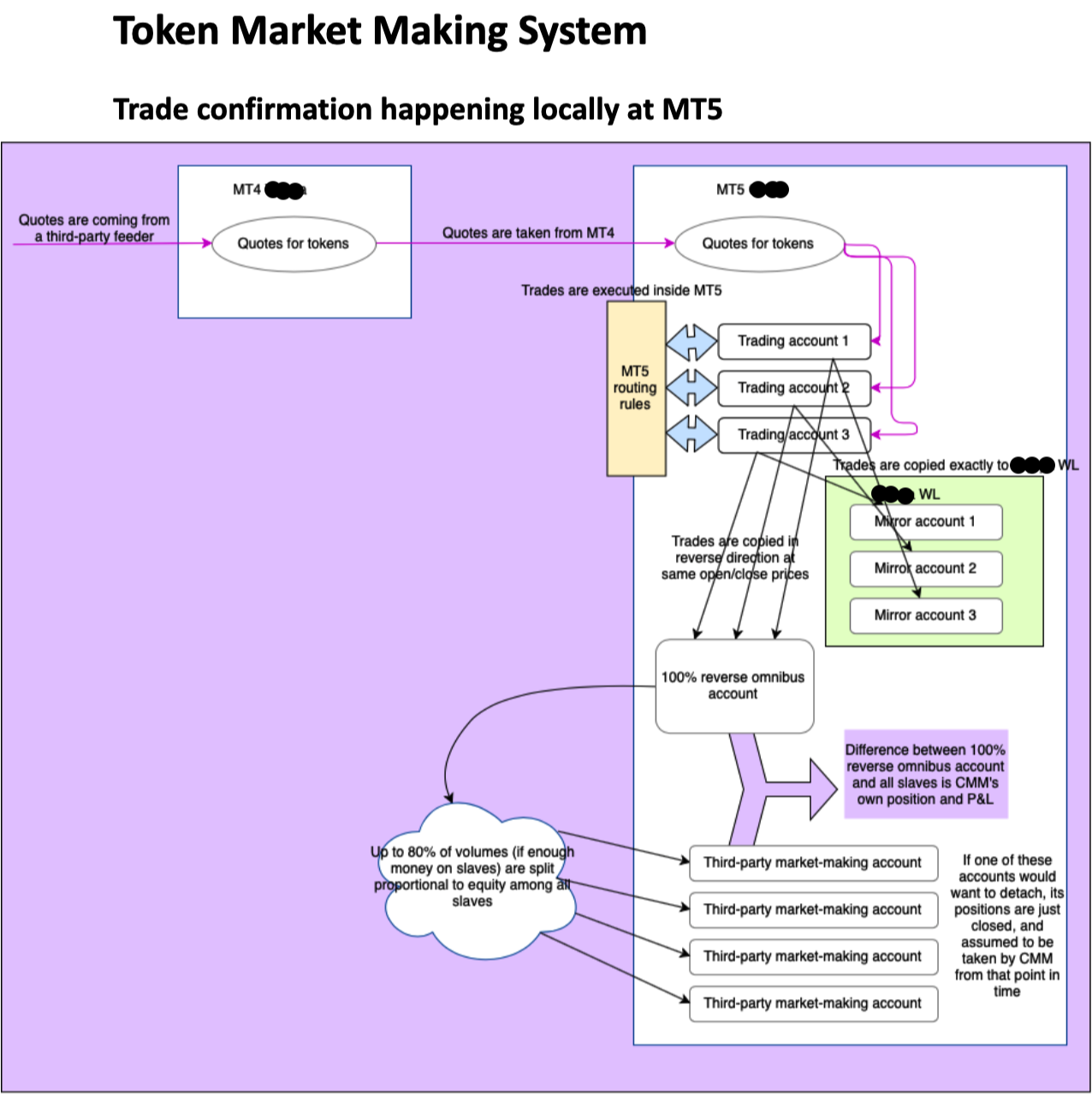